In-House Recruiters: Why they Fail 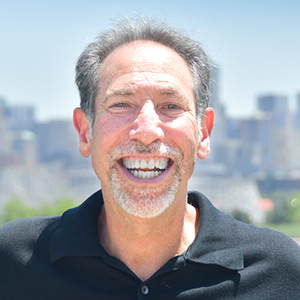 More and more companies seem to be setting up their own in-house recruiting functions, and hiring (frequently failed) expatriates from our business to staff them. The desire to avoid paying fees seems to be the main motivation and companies who have long been fee-payers and search users are now turning real recruiters away. Even in cases where the in-house recruiter will work with third-party recruiters, the deals being offered are annoyingly malodorous as in-house recruiters seem intent on punishing those who are still successfully filling client needs at full fees with reasonable guarantee periods.  Also, companies which resort to the in-house recruiter method of filling their openings often don't realize that by irritating their third-party recruiting resources, they paint a large target on their backs labeled SOURCE COMPANY. Any monetary gains made by making hires that don't have a fee attached to them can be counterbalanced by having an equal number of people "stolen" by those same recruiters who have been precluded from working with them.  Often, the internal recruiter's idea of optimum strategy is to spend his/her time posting openings to the Internet and hoping for response. We've discussed this topic before to the consternation of a few of our in-house recruiter readersHere's how the topic was covered by Placement Management:

WHY COMPANIES SHOULD AVOID IN-HOUSE RECRUITERS

Reprinted with permission from Placement Management

"Whenever you're doing outside recruiting for a client, you compete with an actual or imaginary in-house employee. But there is a growing trend on the part of companies to hire their own in-house recruiters, many of whom are expatriates from our business. They're usually the ones we're happy to be rid of, but clients, looking at fee expenditures vs. a salary for their own captive headhunter, think it's a cost-effective bargain. You can get back into the recruiting saddle by pointing out the error of the companies' ways, but you need factual information. Here is your ammunition:

The most obvious difference should be mentioned first. An in-house recruiter is paid regardless of their effectiveness. Surveys show that the average in-house recruiter is paid around $60,000 per year. According to a U.S. Chamber of Commerce calculation, up to 36% more is spent on record-keeping, bookkeeping, cash flow management, payroll taxes, paid holidays, paid vacations, paid sick leave, paid insurance and paid everything else. Using this figure drives the number to $81,000 per year. Crank in ads, phone calls, meals, recruiting trips and other "incidental expenses," and you're easily looking at well over $140,000. The average placement fee for a typical placement is around $12,500. Theoretically, this means that if the employee hires around one recruit per month, you're about even. Theoretically. There isn't an in-house recruiter anywhere with a track record like that. If you'll relax (like they do), we'll discuss why.

It may seem that a direct employee is more accountable to management. There's actually an inverse relationship between being accessible and being accountable. Still, in-house recruiters are on site every day, and are paid for time rather than results, and there is a tendency to defer formal communication with them. Further, since the priorities of various job requisitions can fluctuate minute by minute, status reports are reduced to justifications as to why they remain unfilled. Of course, changing priorities, writing memos and addressing meetings just reduces the time available to fill the openings. A five-minute phone call to a time-conscious consultant (who hasn't been paid) will usually generate a candid reply. Oh, it's possible that he'll overstate his efforts like an in-houser, but either they have presented qualified candidates or they haven't. That's accountability.

There is some basis for the argument that an in-house recruiter is more aligned with management. All things being equal, they know company philosophy and idiosyncrasies of hiring authorities better. But this knowledge can also perpetuate the tunnel vision that really makes the difference between an order-taker "recruiter" and an objective, creative consultant. Added to this is the dependence of a salaried employee that prevents him from being too forceful. If hiring authorities knew what they needed, it could work. Unfortunately, they don't even know what they want! If you compare your last job order to the background of the employee hired for the job, you'll probably find less than 20% similarity between them.  So much for "continuity."

In-house recruiters usually haven't been on the street like we have. It's a strange neighborhood, all right. Are the most qualified candidates working? Where are they? Do they answer ads? Do they post their resumes online? Do they apply with conventional employment agencies? What do they want? How do you interest them in an interview? How do you interview them? How do you deal with a counteroffer? Can they be hired even after they reject an offer? Experience is a subtle thing, but it wins lawsuits better than anything else. That's why the most successful lawyers roam in packs:New lawyers know the rules,but experienced ones know the exceptions. Just like consultants.

The job market changes faster than the Vegas slots. Gambling with contingency-fee stakes wises you up in a hurry. You have to make placements or you're out of quarters. Just look at the difference between human resource management and human resource seminars. Consultants aren't interested in management development, fringe benefits, safety regulations and other overhead subjects. They want to know how to sell, close and collect. Bottom line. Get to the point. Who cares about how the slot machine mechanism works. What good does it do to watch the flashing lights? Put in the quarters and pull the handle. You don't hit the jackpot any other way. Anyone can play and there are no rules. Administrators much prefer the change machine.

How many in-house recruiters would jeopardize their own jobs to fill another? That's what they do when they court referral sources, call into competitors, and when they're too candid with candidates. Your employer can lose its reputation and lawsuits that way. And you can receive shock treatment for your agoraphobia.

We remember going to human resource management meetings and discussing with counterparts and buddies all those employees within our companies that wanted to leave. Some of them that worked for larger employers even brought lists of their unwanted applicants to the meetings. What did they care? They weren't going to hire them, and knowing which employees wanted to leave made us look good to our management. When you're in HR, you need all the jobkeeping ammunition you can get. It's perfectly legal. Since this is an intentional disclosure of candidates looking to leave, it happens much more frequently than your negligence in sending an open resume to a candidate's present employer. Unlike an in-houser, you're motivated to look before you lick the envelope. Candidates know this. Even "contract recruiters" working in-house are perceived as being on the payroll. "Contractkeeping" and job-keeping ammunition protects the same way.

In-house recruiters are obsessed with hiring. You may doubt it, but that's only because you've noticed they're not obsessed with paying fees.If you saw the crowd of people they hire, you'd see that they really don't care who stumbles into their house. The major screening devices are the supervisor (sometimes) and the employee physical (if they're carried in on a stretcher). Reference checks are always good. We're exaggerating, of course, but if they're trying to justify their existence, and don't have to justify a placement fee, what's their incentive to screen?

How could anyone get charged up about the same 9-to-5 drudgery of personally interviewing an endless parade of low-powered marchers for the same jobs? It's so repetitious. Commissions have been and always will be the only way to tie rewards to success. This has been an accepted fact of motivation for time immemorial. The same surveys by The Fordyce Letter tried to find corporate in-house recruiters who had more than two years of tenure. They couldn't. If they can't succeed on the outside, they usually become salaried chairwarmers when inside looking out.For information about Placement Management and other books, go to: http://www.searchresearchinstitute.com/

With Pinnacle Source, our small, specialized team of recruiters takes the work off of your plate of unearthing and attracting hard-to-find sales performers.

With Pinnacle Source, our small, specialized team of recruiters takes the work off of your plate of unearthing and attracting hard-to-find sales performers. 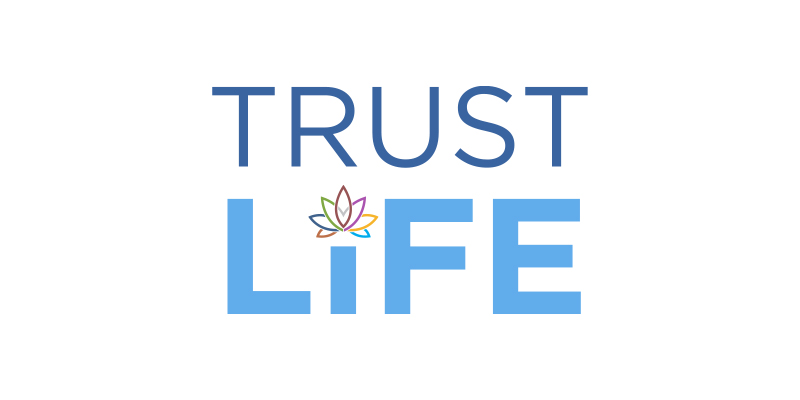 Is there still something missing in your career? Is the path hard to stay on or even find? Do you have control over it? Or has your nine to five become more like nine to nine? Does it feel fortifying or draining? Most candidates I talk to are not getting what they want from their jobs, and I think I know why.
Read Article 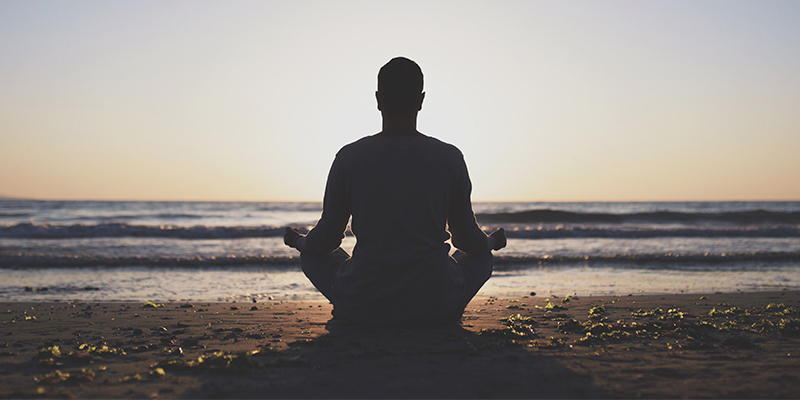 The stress we're facing in the form of The Pandemic, and its accompanying forces, do not acknowledge traditional responses. Does any of the behavioral psychology we've been taught apply? Fight what? Flee where?
Read Article 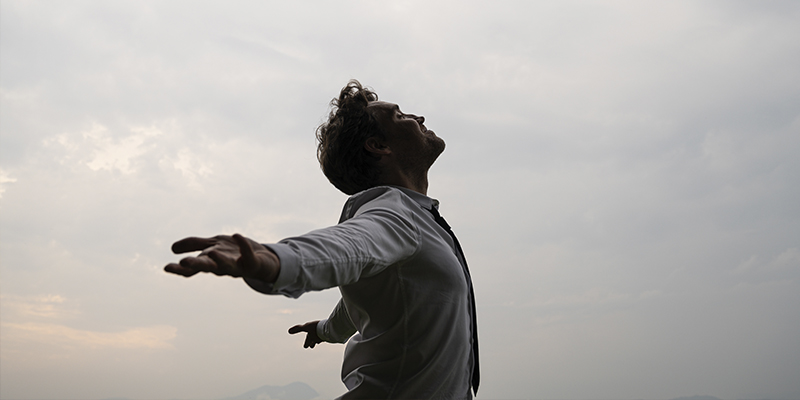 The great Wayne Dyer said that breakthroughs in life almost always follow breakdowns. You can choose to look at 2020 as a year chock full of breakdowns or focus your energy on the potential for enormous breakthroughs now.
Read Article
Go to Library

Thank you! Your submission has been received!
Oops! Something went wrong while submitting the form.
© 2021 The Pinnacle Source, Inc.